THE MONTH OF MAY IN THE MIDDLE AGES

Falcon hunting, concerts outdoors and courtly leisure: the month of May is really delightful in Middle Ages, if you are blue-blooded. Let’s discover how and why illuminators painted it so.

Together with April, related to Spring and to courtly pastimes (read the article - in Italian - here), May is the month that medieval artists associated to the noble and courtly world. For this reason the iconography of the fifth month in the year is always crowded with young people, dames and knights all occupied with pleasant activities.

One of the most frequent and common images – it can be seen in calendars of books of Hours, as well as in the cycle of the years' months on cathedrals – is the scene of falcon hunting: an elegant knight has a flacon on his arm and sometimes he is shepherded by some dogs. This iconography can be explained not only by the fact that the hunting season started in May, but also by the nature of this activity, typically aristocratic. 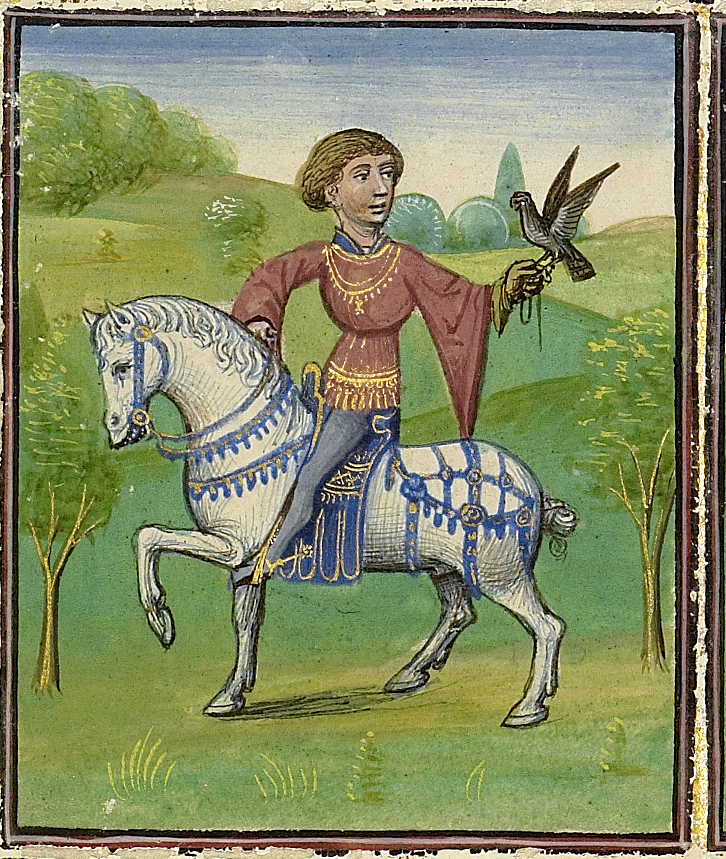 Dissimilarly to big game hunting, falconry was considered a hunting activity more refined and elegant and for this reason women too could dedicate themselves to it.

Even though it was not prerogative of nobles, this kind of hunting became the courtly activity par excellence because of its characteristics and it was perfect to represent a month as aristocratic as May. 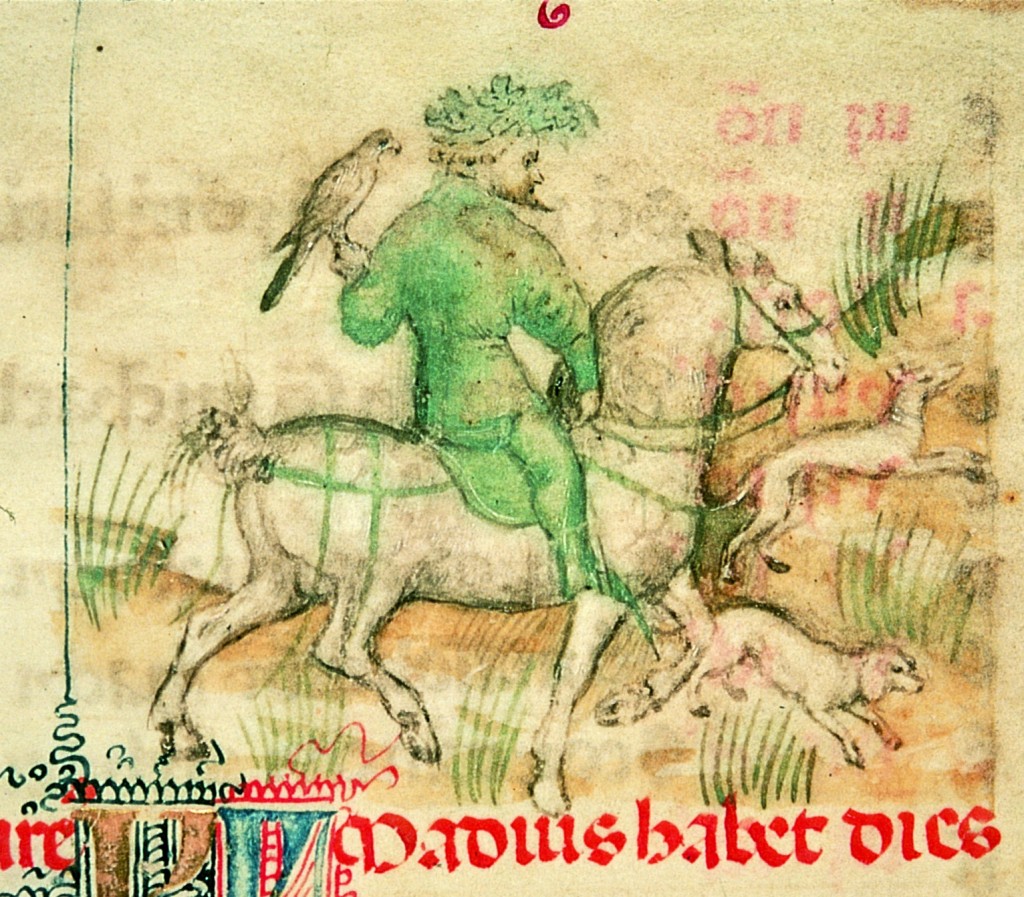 The image of the knight with the falcon is sometimes enriched by the presence of other characters, usually gentlemen and ladies having fun in the open air. The more illuminators represent these scenes, the more courtly life becomes their main subject, as it happens in this illumination: the concert on the river is in the forefront, whereas falconers ride across the bridge… 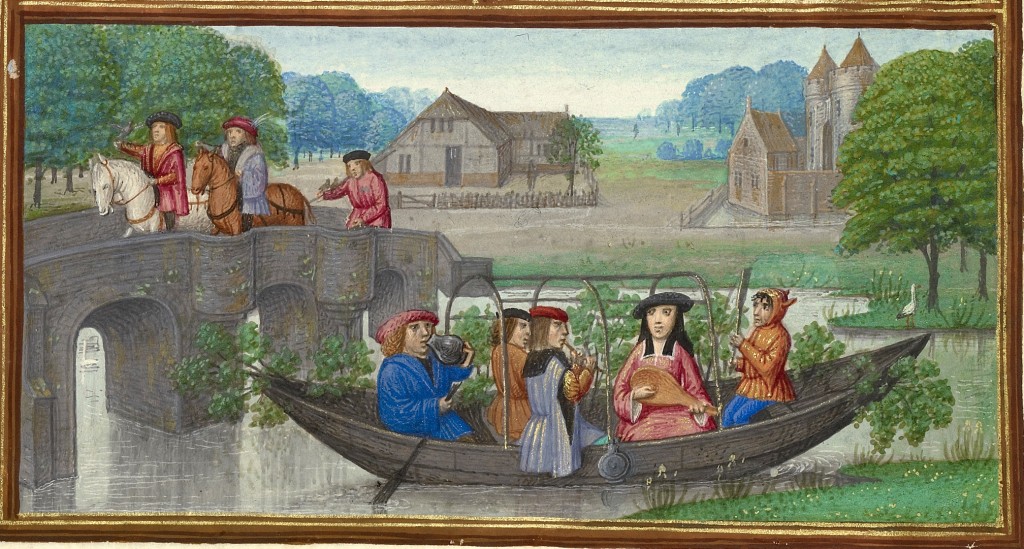 … and at the end the disappear completely in other paintings in which the whole attention of the artist is focused on the image of nobles having fun on the small boat.

In other cases, as in a very famous illumination in this Très Riches Heures du Duc de Berry, to show aristocratic amusements illuminators represented groups of gentlemen riding with their ladies in a verdant wood. 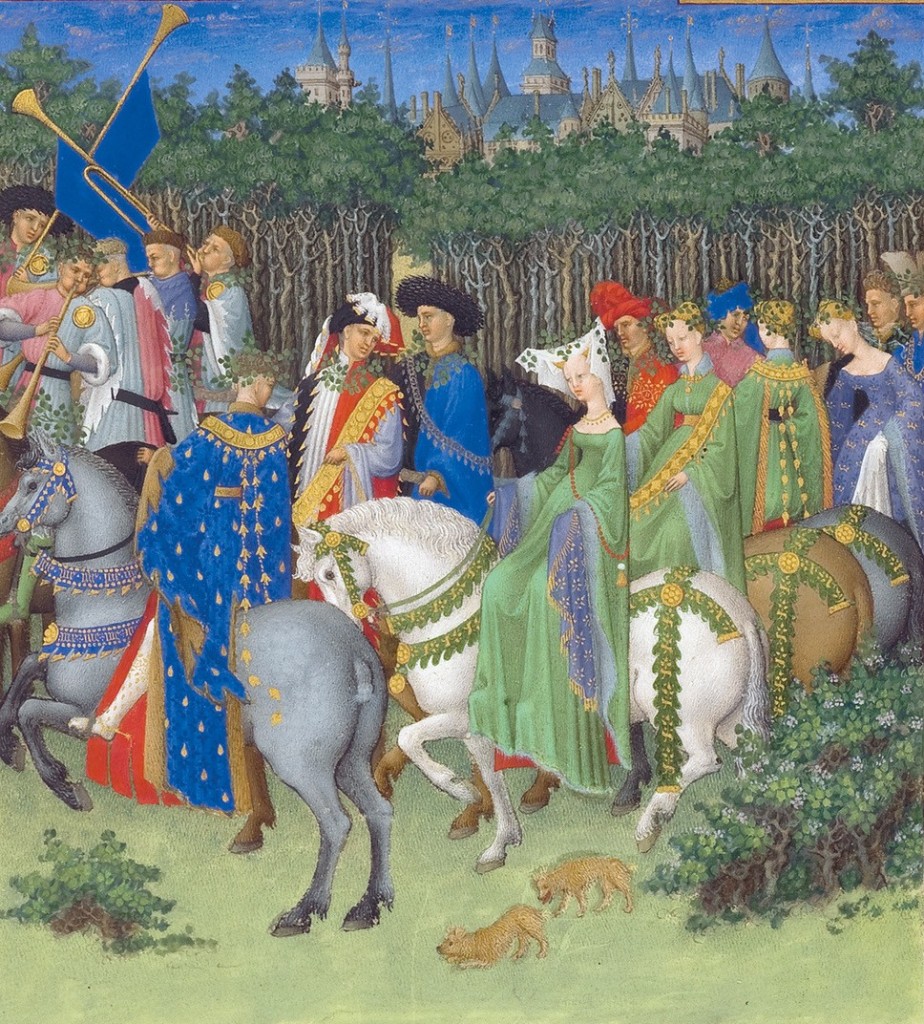 The other main iconographic theme of the May is linked to May Day festivities at the beginning of the month. For a tradition coming from northern Europe, this day was celebrated offering a blooming twig (called “el majo” in vulgar Italian) to the beloved woman.

In this illumination in the Torriani Book of Hours we can see the knight that, while riding, takes the twig from the hands of his page.

May Day was particularly important in the court of the Sforza family in Milan, where in the morning of the first day of the month lords and courtiers left for long excursions into the countryside to collect twigs (in vulgar Italian “tuore el majo”, that is to say “take the twig”).

21 September 2021 Journey through the Dante Urbinate: Purgatory, Canto XXIV. The Tree of Temperance

As the three poets continue their journey through Purgatory, they reach the sixth…

Follow Us
FoliaFocus
Books are mirrors: you only see in them what you already have inside you.