Between Leonardo and Hildegard: The Universal Man

As one of the most popular and widely-known artists of all time, Leonardo's works are unsurprisingly among the most famous in the history of art. Besides what many consider to be his masterpiece, the Mona Lisa, his most popular work is probably the Vitruvian Man: the representation of ideal human body proportions. Unknown to many, however, are the striking similarities between the Vitruvian Man and a medieval illustration in Hildegard of Bingen's Liber Divinorum Operum, her book of visions. More than 300 years before Leonardo's work, in fact, St. Hildegard of Bingen had created what is known as the Universal Man: just like the Vitruvian Man, the Universal Man represents the ideal of perfection; unlike Da Vinci's, however, Hildegard's idea of perfection is born not from science and measure but from poetry and music. These arts, in fact, are seen at the symbolic link between the philosophical concepts of macrocosm (the universe) and microcosm (man), and, similarly, between God and His Creation.

Much like Leonardo, moreover, Hildegard was incredibly multifaceted: way before the Renaissance, and at a time in which women were often deemed unworthy of intellectual and creative life, she was a composer, poet, illustrator, philosopher, mystic, botanist, and medical theorist. Truly a woman ahead of her time! Who knows what would have come from the meeting of two great minds like that of Leonardo and Hildegard - perhaps a beautiful harmony between art, science, and philosophy.

It is finally Easter! We celebrate the occasion with this delightful illumination depicting… 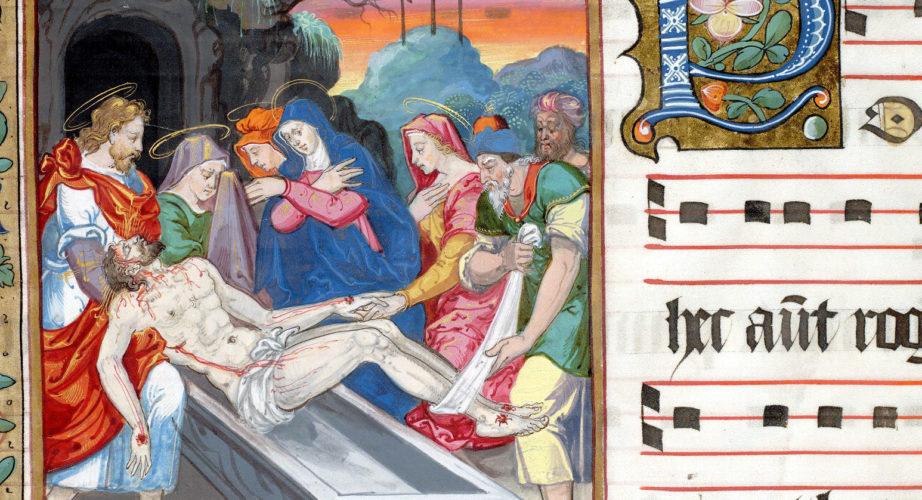 We continue the Easter Triduum by moving on to Good Friday. As the…