DANCE DANCE DANCE: the Dancing Mania and other kinds of mass hysteria

Fear? Paranoia? Symptoms that seem inexplicable and infections "at first sight"? Nothing new!

In the middle of these days' psychosis, Folia Magazine proposes an in-depth analysis of some cases of phantom "illnesses" that occurred during the Middle Ages and the Renaissance. Let us start a brief journey into the complexity of the human mind and get some food for thought in a moment when these stories do not sound so weird after all.

In July 1374, on the banks of the river Rhine, a terrible epidemic broke out and infected thousands of people, reaping numerous victims. If you are thinking about the infamous Black Plague... well, you are actually in the wrong. It was rather what would become known as the "Dancing Mania" that hit France, Belgium, Luxembourg, and Germany. Those affected by this condition, in fact, felt an inexorable need to dance and reached a state of trance, often for several days, without ever stopping to eat, drink, or rest. Many people, often poor peasants, fell exhausted to the ground after hours, or even days, of dancing. Others, having undergone exorcisms, eventually returned to their normal lives as nothing ever happened. Within a few months, however, this mysterious plague disappeared from those lands.

In 1518, the Dancing Mania unexpectedly reappeared, in all its intensity, in the center of Strasbourg. According to the chronicles of the time, a woman named Troffea opened the dances: in just one week, she was joined by 100 people - men, women, and children. Although initially perceived as a harmless and temporary phenomenon, the plague continued for the whole summer. It finally came to an end at the beginning of September, when the people who had not yet succumbed to exertion began to scatter and those dying were brought to the local sanctuary of San Vitus.

Shortly before Strasbourg's events, however, another "epidemic" struck numerous Dutch convents: in 1491, many nuns declared to be  "possessed" by the Devil, demons or other familiars, leading them to blasphemous, dirty or simply bizarre behaviors. This was the case, for example, of the nuns of an entire convent, who regularly started meowing daily without any apparent reason.

What do these strange events have in common? Numerous studies have evidenced that these apparently improbable follies would have actually been cases of MPI (Mass Psychogenic Illness), better known as "mass hysteria". Psychogenic means nothing but "generated by the psyche" and, in fact, those showing symptoms were usually in a mental state of anxiety or panic, had endured traumatic events, or were susceptible to religious fanaticism.

The areas affected by the Dancing Mania, in fact, had been subjected to natural disasters in the preceding years. At the beginning of 1374, for example, the Rhine had overflowed and destroyed fields, livestock, and houses. What is more, the population was already suffering from poverty, as well as from fatal diseases such as the plague, leprosy, and syphilis.

Similarly, the nuns affected by the "possessions" were living under incredible moral and psychological pressure. They were often locked up in their convents by their families and against their will, and they were forced to follow strict rules concerning chastity, self-denial, and penitence. Their only diversion came in the form of sacred and religious texts that referred to Satan and sin, which were definitely not of comfort. Many of them, feeling constantly judged by other nuns and, so they thought, by God himself, became ashamed of their weaknesses and their humanity. Since they believed these were caused by the Devil, they had acute panic reactions.

Going back to the dancers of the Rhine and of Strasbourg, both “epidemics” were therefore probably triggered by the enormous stress those people were facing. However, another element gave its contribution: the culture of the time, full of religious beliefs and admonitions preaching the dangers of demonic possessions, trance states, and curses. In fact, it is not so rare, even in cults or sects of much more modern conception, to find cases in which an entire group is conditioned up to reaching a meditative trance or a state of collective hallucination.

Enlightenment treatises such as "The Epidemics of the Middle Ages" by Justus Friedrich Carl (1795-1850), one of the first studies on the subject, stated with certainty that these cases of mass hysteria would be unrepeatable over time, thanks to the arrival of Reason and the progressive downgrading of religious power. After a little more than one hundred years, however, it has become clear how this is not completely true. If religion has given way to the factuality of science, in fact, human responses to anxiety, fear, and dangerous situations (or situations perceived as such on an emotional level) still remain the same.

Among the most recent cases, we can mention events that are either bizarre and "unreal" or "social" - such as the controversial UFO sightings, the 2016 appearances of clowns that occurred all over the world, the disturbing Blue Whale Challenge, or the spirit called Momo that became famous on WhatsApp in 2018. Other times, people can even present real physical symptoms - commonly in the cases of alleged gas poisonings, viruses or bacteriological weapons - the most recent example having taken place in a Kenyan school in October 2019.

Moreover, different studies have evidenced how modern media play a fundamental role in propagating psychogenic diseases. Men and women of the third millennium trust the media completely and establish a common culture through them, revealing themselves not so different from their medieval ancestors, who relied on religion instead. In fact, excessive media coverage and great alarmism influence negatively the way we perceive the gravity of situations, thus increasing stress levels in the population and contributing to the occurrence of psychogenic symptoms. Sometimes, even doctors can find it difficult and expensive to distinguish patients who are actually sick from those who are healthy but show the same symptoms.

At the same time, the media would be expected to assume the responsibility of informing the population in a truthful but calm way, by mutual agreement with the competent authorities. The purpose should be to contain paranoia and thus "exorcise" the fear and risk of sociogenic "contagion".

Although so far from us and apparently inexplicable, the "Dancing Mania" and the "demonic possessions" remain incredibly interesting phenomena, capable of revealing something about how people cope with stress. To an even greater extent, they prove the great influence the social context has on the manifestation of collective states of panic and anxiety. 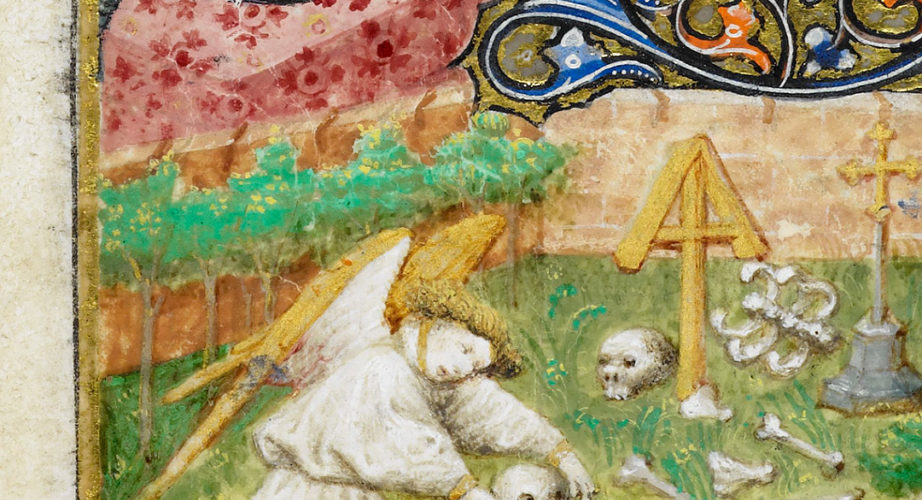 Folia Magazine wishes all of you a Happy Halloween and All Hallows' Day!…

Follow Us
FoliaFocus
If you have a garden and a library, you have everything you need.