DO IT FOR THE VINE: Wine in the Middle Ages 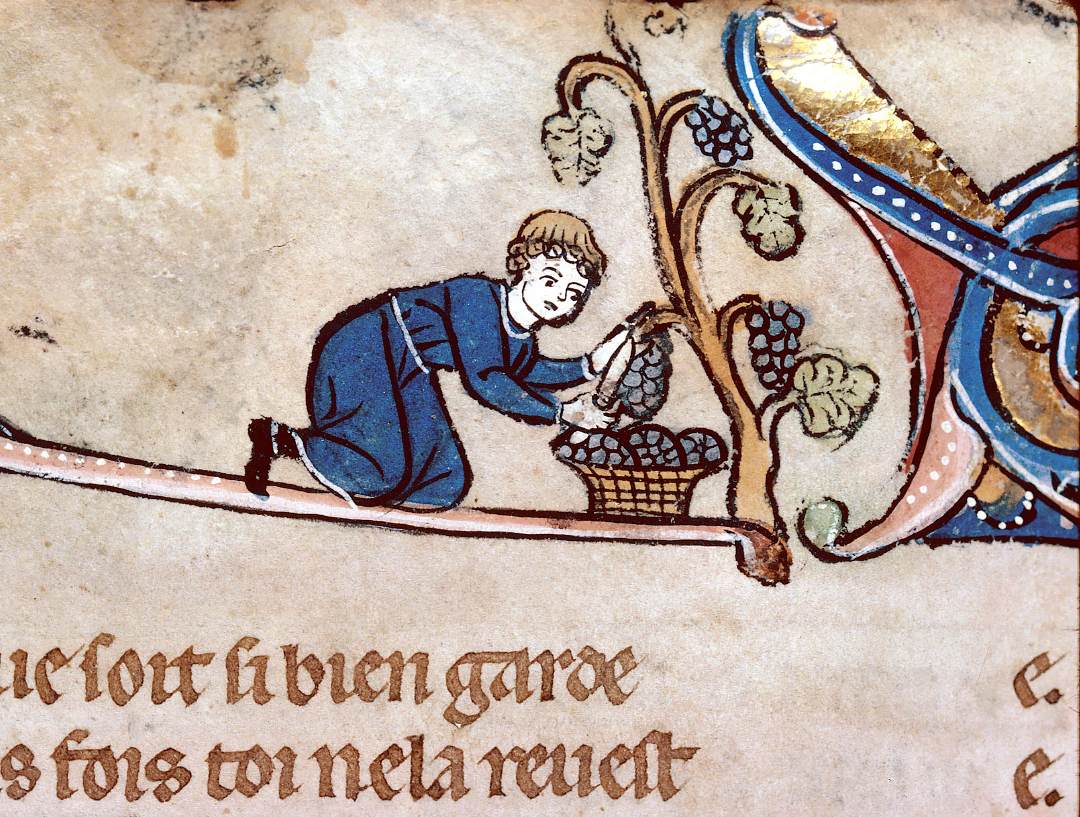 Back to work! We have finally reached September, which means our team is ready to dive into the beauty of illuminated manuscripts once again.

We welcome the new month with this depiction of one of the traditional September activities: grape harvesting. Although the production of wine is a key factor in agriculture even today, it is interesting to note the great importance that medieval times, in particular, had for the spread of the grapevine across all of Europe. Being the most popular beverage at the time of the Roman Empire, wine was already a vital part of society; it was with the coming of Christianity, however, that it also became a staple of religion and spirituality. In remembrance of the Last Supper, in fact, wine came to represent the blood of Jesus and was to be used in the Eucharist during each and every Mass: as a result, as the Church grew, so did grape growing areas all across Europe. If the warm climate of the south was ideal for agriculture, the same could not be said about central and northern Europe. Since assuring a supply of grapes was crucial, however, missionaries and monasteries themselves took on the task and started growing grapevines on their own lands. This eventually led to the birth of many celebrated Central European varieties, such as Cabernet and Traminer.

The vine, however, had a great cultural importance of its own. The plant, in fact, is often cited in the New Testament: God is likened to a vine grower, Jesus being the "true vine" and believers the branches:

History, religion, and agriculture have basically all aligned to make wine the drink we know and love today: be sure to thank this lucky concurrence the next time you sip on your favorite wine. Cheers!

21 September 2021 Journey through the Dante Urbinate: Purgatory, Canto XXIV. The Tree of Temperance

As the three poets continue their journey through Purgatory, they reach the sixth…